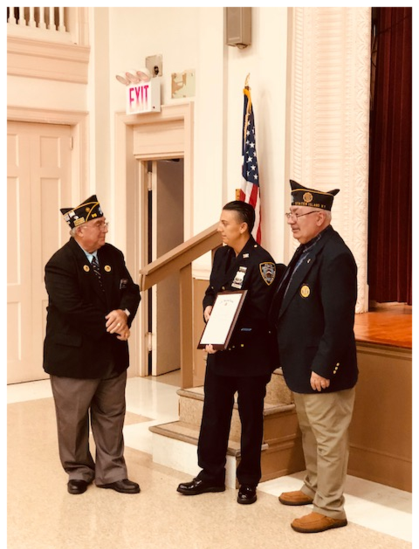 The Members of the 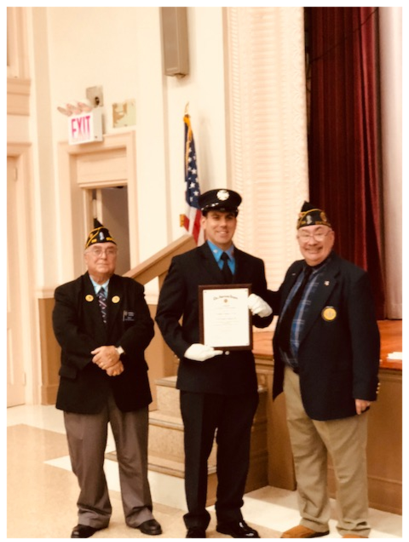 Paramedic Keith Werner joined the FDNY in May 2011 and has quickly risen through the ranks. He is an exemplary member, currently serving the Rossville section of Staten Island at Station 23. Paramedic Werner started his career as an Emergency Medical Technician in Brooklyn, where he quickly learned how to provide pre-hospital emergency medical care in a high volume, urban environment.  In just over two years, he was accepted and excelled in Paramedic school.  Following graduation, he was assigned to Station 55 in the Melrose section of the Bronx.  There he learned the challenges of the transition from EMT to Paramedic.  In 2014, Paramedic Werner was reassigned to Station 23 in Rossville.  He has quickly become an exceptional Paramedic and reliable member of the Station where his coworkers respect and seek out his guidance. Paramedic Werner continuously puts his patient’s wellbeing first and is persistently trying to improve his capabilities through training. Paramedic Werner has saved countless lives during his career and provided comfort to those in need.

It is with great pleasure that we the members of the Kells – Grennie American Legion Post 316 present Paramedic Keith Werner with this award.

Police Officer Jacqueline Barranco has been a member of the NYPD for the past five years and is currently serving the community of the 122nd Precinct.

Officer Barranco started her career at the 70th  Precinct in Brooklyn. It was there that she developed a passion for assisting victims of domestic violence. During her time in the 70th Precinct she assisted the Domestic Violence Unit in conducting follow up visits and offering services for victims of Domestic Violence

The passion Officer Barranco has for helping members of the community did not end with her transfer to her home borough of Staten Island where she is part of the Domestic Violence Unit at the 122nd Precinct. Officer Barranco has closed out well over 100 cases of domestic abuse while at the 122nd Precinct, which in turn has helped victims move forward with their lives.

It is with great pleasure that we the members of the Kells – Grennie American Legion Post 316 present Emergency Police Officer Jacqueline Barranco with this award.

​​Police Officer Christopher Romano began his duties with the NYPD in 2008 being assigned to the 120th Precinct.  Officer Romano did his patrol in all of the New York City authority buildings in the confines of the 120th Precinct addressing many conditions in said buildings and their sounding areas, as well as being a police presence for the community of surrounding areas.
In mid-2010 officer Romano was assigned to the 122 Precinct and was assigned to patrol answering 911 calls during each tour for various conditions.
In 2016 officer Romano was assigned to the 122nd Precinct domestic violence unit and has since been assisting victims of domestic violence each day and ensuring their safety as a top priority through police enforcement and the help of other NYPD units such as Safe Horizons, Community Affairs, Crime Prevention, the 122nd Precinct Detective squad and his immediate supervisors.
It is with great pleasure that we the members of the Kells – Grennie American Legion Post 316 present Police Officer Christopher Romano with this award

Firefighter Stephen J. Cresci was appointed June 12, 2017. He was assigned to Engine 163 on October 19, 2017. He is married to school teacher, Jennifer Cresci for 3 years as of this November and welcomed his daughter Francesca on February 20, 2018. Before FDNY, Firefighter Cresci worked 3 years with Sanitation. He is a lifelong Staten Island resident, growing up in Huguenot and now residing in Rosebank.  He attended Tottenville H.S. and played on 2 City Championship teams, 2001 and 2003.The Staten Island Advance and Daily News named him All Star as a pitcher/OF in 2003. Michael Cresci, his older brother, has 14 years on the FDNY in Engine 161.
While off-duty at a restaurant earlier this year, Firefighter Stephen J. Cresci noticed that a civilian sitting behind him was choking on his food. He got up from his table and asked the man if he was choking. The man could not respond, he was turning red and making a wheezing noise. Firefighter Cresci knew his airway was blocked so he wrapped his arms around him from behind and gave the seated man 1 inward and upward thrust on his lower diaphragm. The food cleared from his throat. It took 1-2 minutes for the man to catch his breath and be able to talk.
It is with great pleasure that we the members of the Kells – Grennie American Legion Post 316 present Firefighter Stephen J. Cresci with this award.

EMT Mary Vanicky has been with the Department for over 30 years. Of these 30 years, she has been working in the Borough of Staten Island for the past 24 years, in the title of EMT Haz Tac Specialist.
EMT Vanicky is a very strong-willed person, the type of person who you want standing next to you on an assignment or someone to have your back. She is also the EMT you want treating you if you are severely injured or very ill.
In March of 2017, EMT Vanicky was honored by the Chambers of Commerce; her and her partner rescued an unresponsive person at the bottom of a deep, swampy ravine. After scaling down to the patient, they provided pre-hospital emergency care and assisted in the rapid transport to the emergency room. EMT Vanicky, also gives back to the community off duty. Mary has been an instrumental part of numerous blood drives that she has orchestrated with the New York Blood Center for over 5 years. She has not achieved her goal of 40 pints yet but came close with 35 pints last May. She has also had a significant role in the planning and success of The Wounded Warrior event at FDNY EMS Station 23 / Engine 168
I feel that this EMT Mary Vanicky has displayed her commitment to the Department through service, honor and dedication to the community that she serves.
It is with great pleasure that we the members of the Kells – Grennie American Legion Post 316 present Emergency Medical Technician Mary Vanicky with this award. 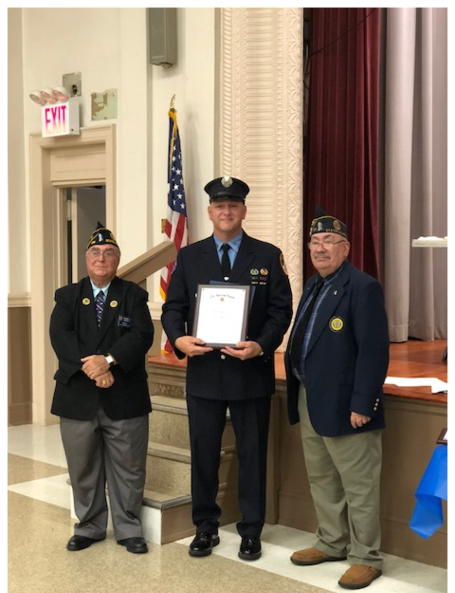 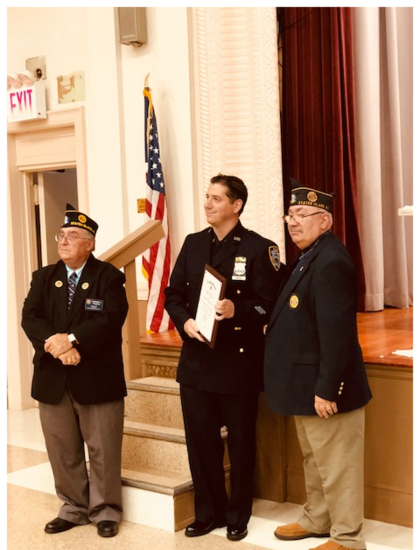 On March 12, 2014 Firefighter Christopher N. Spagnola and the members of Engine 58 were directed to respond to an explosion and building collapse at Manhattan Box 1406. At 0931 hours, the alarms sounded in the 5th Avenue firehouse and the company was ordered to respond as first-due engine to a reported explosion and building collapse at Park Avenue and East 118th Street. The company arrived on-scene in approximately three and a half minutes and found an entire building had collapsed. Debris covered the street in front of exposure #1, with heavy fire along the side of exposure #2 and throughout the collapse area.

The members of Engine 58 immediately stretched a 1¾-inch line to the front of exposure #2 to protect Ladder 26 as they advanced on the collapse area. Within a few minutes, Ladder 26 exited the area and verbally informed Engine 58 that the primary search was negative, and the damage was from an explosion.  Engine 58 moved the hand-line to the front of exposure #1 to push back the fire (which showed signs of being gas-fed) that quickly was moving from front to rear of the collapse area. Simultaneously, a minor explosion occurred on the rubble pile, with fire extending upward. This information was transmitted to the Command Chief.

Because exposure #2 was heavily damaged by the explosion and heavy fire was consuming the north side of the building and roof, Engine 58 performed a second search for fire extension and victims inside the building, which proved negative. So the company moved back and continued to operate its hand-line.

During this period, exposure #2 was constantly monitored for signs of collapse since this was a concern and all responding units would be operating within the overall collapse area.  Engine 58 then communicated to Engine 35 to stretch a 2½-inch line from their apparatus, which was positioned and operated on the collapse rubble of exposure #1 to push back the fire from the street. The company’s hand-line was repositioned several times to provide protection as fire continually erupted in pockets on the pile. During this period, a victim was found in the rubble near exposure #2. Engine 58’s line was moved again to protect members working to remove this victim while the gas-fed fire continued to burn behind them.

Engine 58’s apparatus was positioned outside the collapse zone and connected to a hydrant on the corner of 116th Street and Park Avenue. This allowed two hand-lines to be used during the initial operation. However, as operations continued, it was discovered that this hydrant was supplied from a water main that was leaking in front of the collapse area and might undermine the street. Therefore, the main was shut down. The company, working with Engine 79, worked to supply the satellite’s manifold and brought down the lines separately in order to continually put water on the fire.In his report of the incident, Deputy Chief Anthony De Vita, Division 3, noted, “…Engine 58 members risked life and limb to save any viable victims with aggressive hand-line operations and protection of exposures from the spread of fire.” To honor their efforts, the Fire Department of the City of New York awarded Firefighter Christopher N. Spagnola and members of Engine 58 today with the Lt. James Curran/NYFFs Burn Center Foundation Medal/Father Julian F. Deeken Memorial Medal in June of 2018.

It is with great pleasure that we the members of the Kells – Grennie American Legion Post 316 present Firefighter Christopher N. Spagnola with this award. 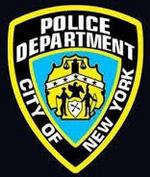 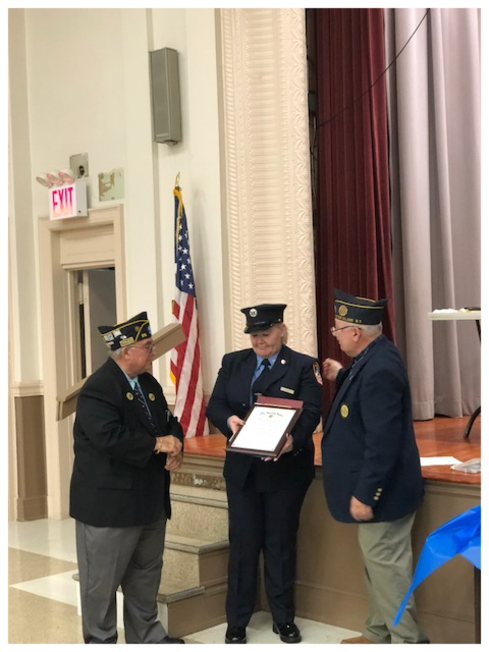 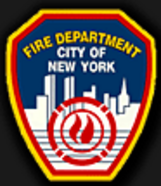 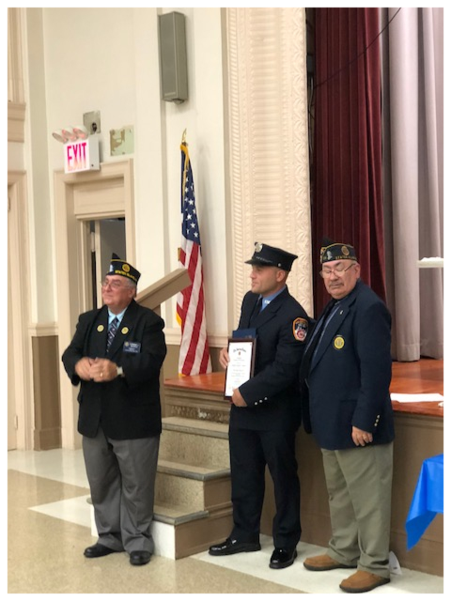 Firefightr Robert Unger has been a member of the FDNY for the last 22 years. He started his career in Brooklyn’s Ladder Company 122 in October of 1996 and continued to work at that location until March of 2009 when he became a member of Rescue Company 5 where he continues to work today. FF Unger is also very active in the UFA where he serves as the battalion delegate for all of the Special Operations Command.
On the morning of July 31, 2018, FF Robert Unger was off duty, on his way in to work a day tour in Rescue Company 5. He saw black smoke off to his left. When he slowed to investigate, he saw smoke pushing from the rear of 3511 Hylan Blvd. Upon exiting his vehicle, he noticed a man in the doorway of the rear apartment enveloped in smoke and ran to assist him. He asked if there was anyone else inside and the victim, Mr. Joseph Rizzi, said there was not. He knew at that point the only thing he could do was try to knock down the quickly advancing fire with just a garden hose. With no protective clothing or  Self Contained Breathing Apparatus, Firefighter Unger made the decision to enter the immediate fire area and attempt to extinguish the fire.  He kept the garden hose flowing and from his vantage point lying on his stomach, and he was able to see the fire as it was spreading across the ceiling. It was at that moment that he also realized his lungs were beginning to ache from the heat and smoke. FF Unger continued his actions until he felt a tug on his leg and heard a voice telling him to come out and that the fire department was on scene.
Firefighter Unger acted selflessly and without regard for his own personal safety to protect life and property, reflecting the highest traditions of the FDNY.
It is with great pleasure that we the members of the Kells – Grennie American Legion Post 316 present Firefighter Robert Unger with this award. 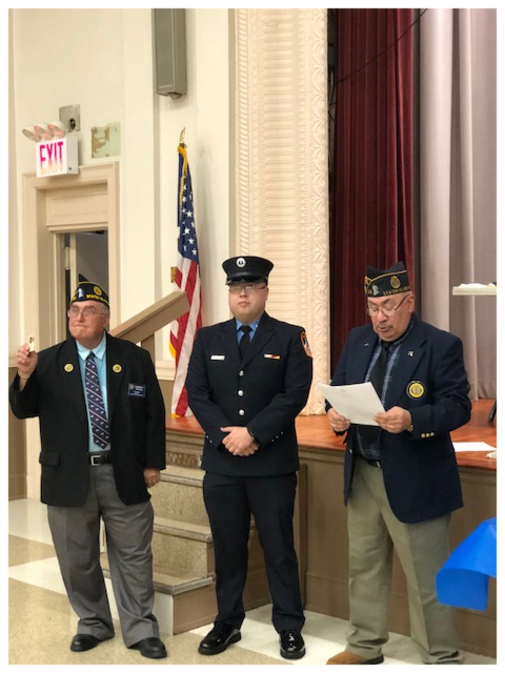