The origins of “Taps,” the distinctive bugle melody played at U.S. military funerals and memorials and as a lights-out signal to soldiers at night, date back to the American Civil War

In July 1862, U.S. General Daniel Butterfield and his brigade were camped at Harrison’s Landing, Virginia, recuperating after the Seven Days Battles near Richmond. Dissatisfied with the standard bugle call employed by the Army to indicate to troops it was time to go to sleep, and thinking the call should sound more melodious, Butterfield reworked an existing bugle call used to signal the end of the day. After he had his brigade bugler, Private Oliver Wilcox Norton, play it for the men, buglers from other units became interested in the 24-note tune and it quickly spread throughout the Army, and even caught on with the Confederates.

Not long after Butterfield created “Taps,” it was played for the first time at a military funeral, for a Union cannoneer killed in action. The man’s commanding officer, Captain John Tidball, decided the bugle call would be safer than the traditional firing of three rifle volleys over the soldier’s grave, a move which couldn’t been confused by the nearby enemy as an attack. As for the name “Taps,” the most likely explanation is that it comes from the fact that prior to Butterfield’s bugle call, the lights-out call was followed by three drumbeats, dubbed the “Drum Taps,” as well as “The Taps” and then simply “Taps.” When Butterfield’s call replaced the drumbeats, soldiers referred to it as “Taps,” although this was an unofficial moniker, according to “Taps” historian and bugle expert Jari Villanueva. He notes that Butterfield’s bugle call was officially known as “Extinguish Lights” in American military 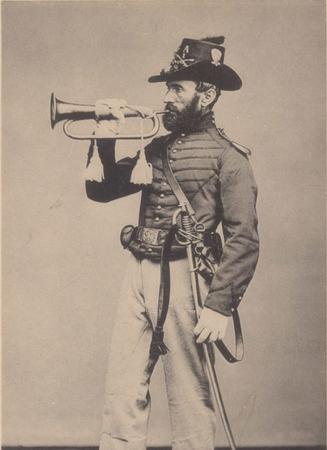 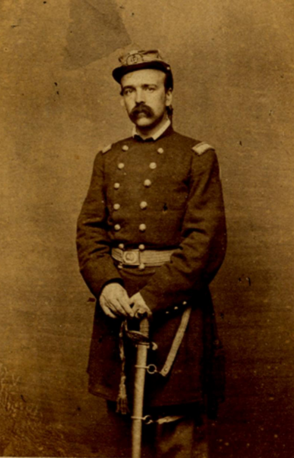 Day is done, gone the sun
From the lakes, from the hills, from the sky
All is well, safely rest
God is nigh

Fading light dims the sight
And a star gems the sky, gleaming bright
From afar, drawing near
Falls the night

Thanks and praise for our days
Neath the sun, neath the stars, neath the sky
As we go, this we know
God is nigh