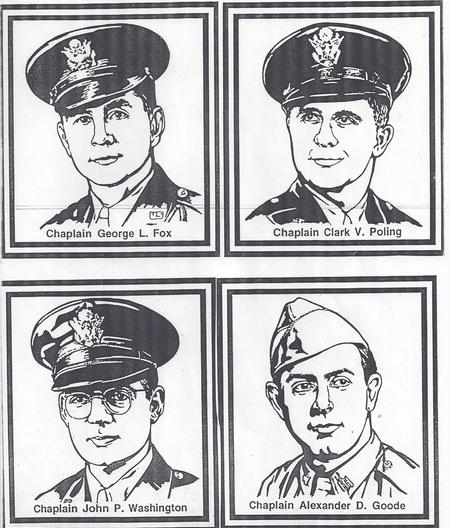 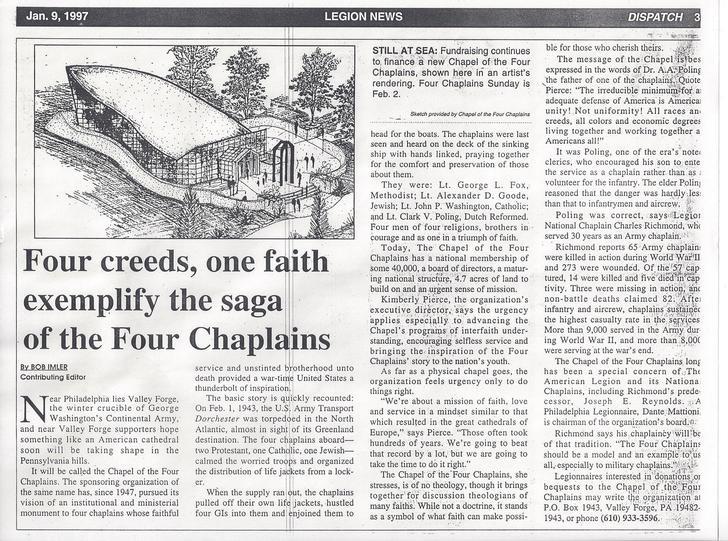 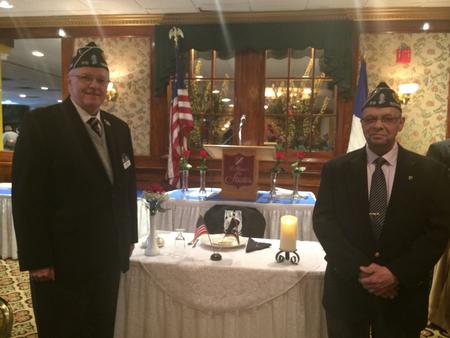 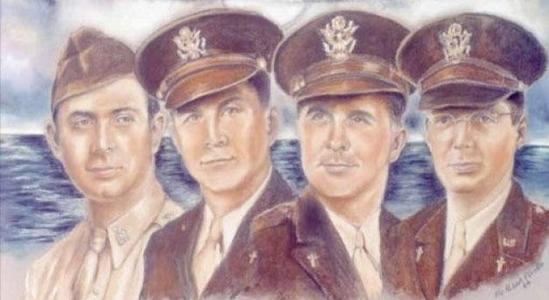 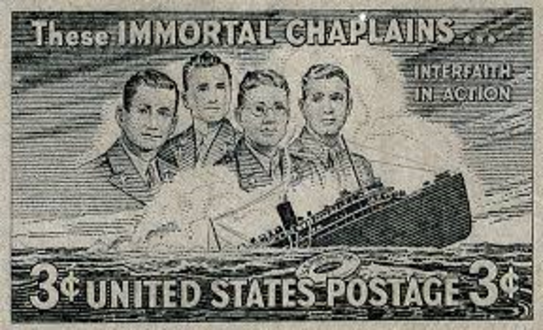 The Chapel of The Four Chaplains

Read More About The Four Chaplains

A Story of Four Chaplains

Around 12:55 a.m., a German U-boat fired a torpedo that struck Dorchester’s starboard side, below the water line and near the engine room. The explosion instantly killed 100 men and knocked out power and radio communication with Dorchester’s three escort ships. Within 20 minutes, the transport sank and more than 670 men died.

As soldiers rushed to lifeboats, the four chaplains spread out, comforting the wounded and directing others to safety. One survivor, Private William Bednar, later said, “I could hear men crying, pleading, praying. I could also hear the chaplains’ preaching courage. Their voices were the only thing that kept me going.