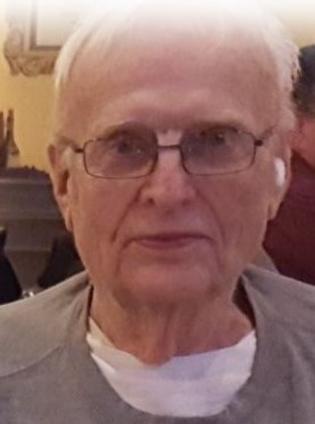 Isidore “Teddy” Bertone of Richmond Staten Island, 96, passes away unexpectedly on Saturday March 19, 2022. Born in Castiglione di Sicilia, Sicily he came to the East Village with his family in 1937. Drafted into the US Navy in 1943, he proudly served on the USS Zircon until 1946. Aboard a weather patrol ship for the Normandy invasion, he assisted in the rescue of sailors in the accidental sinking of an ammo ship off Boston Harbor.

In 1948, he married his wife Angelina of 68 years and had two daughters, Nicole and Lisa, four grandchildren, Christian, Matthew, Nicholas and Jillian. He settled in Richmond for the past 10 years after living in NYC and Florida. His hobbies included tending to his vegetable garden and fig trees where he truly lived up to his patron Saint, Isidore the farmer. He enjoyed feeding the neighborhood birds, squirrels and cats.

The first one awakes every day, he loved cooking breakfast for the family. On his daily walks in the neighborhood, he was always warmly greeted by the neighbors. He enjoyed his membership at the JCC to visit the Italian club then see his autistic grandson in the adult day- hab program. He especially enjoyed being on Facebook as an ambassador for families of members who served on the USS Zircon. He was able to reunite children and other family members as well as share lost stories of his shipmates’ activities during WW II

​
He lived his life for his family, his religion and his country. Anyone who met him became his friend. He lived his life like his favorite psalm, “This is The Day the Lord has Made, Let Us Rejoice and Be Glad”. 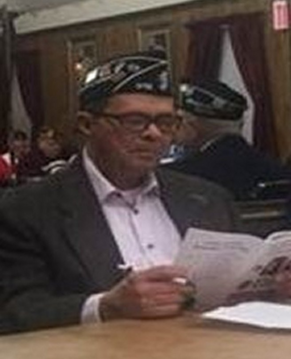 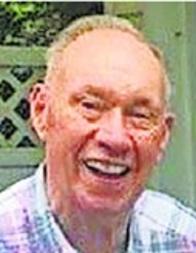 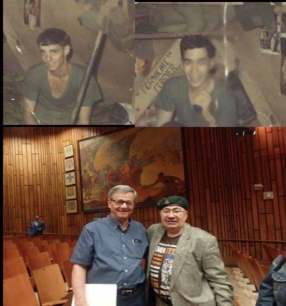 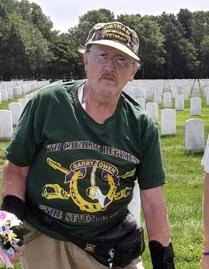 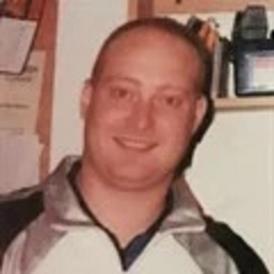 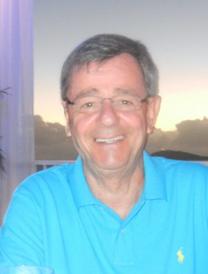 It is with great sadness that we announce the death of Robert E. Knapp of Eltingville, New York, born in Staten Island, New York, who passed away on October 13, 2020, at the age of 78, leaving to mourn family and friends. Family and friends can send flowers and condolences in memory of the loved one. Leave a sympathy message to the family on the memorial page of Robert E. Knapp to pay them a last tribute.

He was loved and cherished by many people including : his parents, Henry Knapp and Mildred Stockwell Knapp; his wife Theresa Belmonte Knapp; his daughter Jessica O'Donnell (Gregory); his brother William Knapp; and his grandson Justin O'Donnell.

Bob served in the US Army during the Vietnam War. Bob was a valued member of the Kells-Grennie American Legion Post No.316 for twenty-eight years. He was a member of the Post Honor Guard and was part of the Kitchen Brigade. He will be missed

February 20, 1932 – February 22, 2020
Korean War veteran, beloved husband, lifelong Staten Islander
Vincent Martire, a lifelong Staten Islander, born on Aug. 20, 1932, in New Brighton, S.I., to the late Pasquale and Angelina Martire, passed away peacefully on Feb. 22, 2020, in Clove Lakes Health and Rehabilitation Center, of heart failure.
Vincent graduated from P.S. 17 and St. Peter's High School, and attended City College of New York. Devoted to his country, Vincent joined the U.S. Air Force during the Korean War, serving from April 1951 to April 1955. After his service, Vincent went to work for TWA - a major airline at the time - where he would remain for 40 years, essentially becoming manager of several TWA offices, including the iconic one at Rockefeller Center.
On Feb. 26, 1993, Vincent happened to be working at the TWA booth in the lobby of Tower 1 of the World Trade Center, when a bomb exploded in the garage below. With the great marble walls collapsing around him and in sudden total darkness, Vincent was able to escape with only a thick cover of soot, from head to shoes.
In 1957, Vincent married Nerina Godas, with whom he shared 62 happy years. A quiet, unassuming man, Vincent loved to accompany his wife, Nerina, in her walks in the woods of the Green Belt and on the boardwalk along the beach.
In addition to his beloved wife, Nerina, Vincent is survived by his cherished sister, Lee Philipps of Cazenovia, N.Y., and many loving nieces and nephews. Vincent's brother, Albert Martire predeceased him in 1981.
The family would like to express deep gratitude to the nurses and all the staff at Clove Lakes for their expert and compassionate care afforded to Vincent. 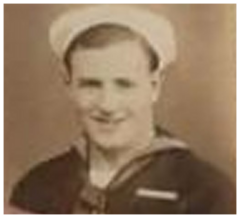 Herman served with the 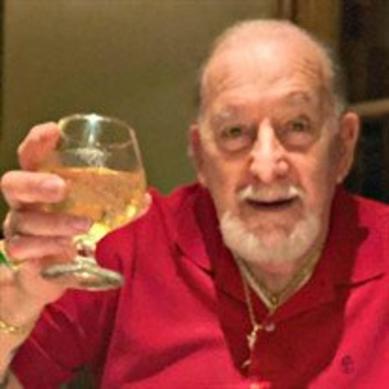 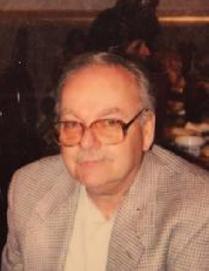 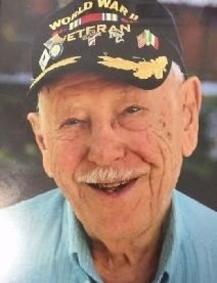 He attended Food and Maritime Trades Vocational High School in New York City.
In 1974 John entered The United States Navy and served as a Chef on the
USS Midway Aircraft Carrier.  While serving in The Navy he received a National Defense Service Medal.  John was honorably discharged in 1978.  After leaving The  Navy, John returned to Staten Island, New York where he worked various
jobs. He later was employed with the United Food and Commercial Workers union where he worked for 31 years until he retired in 2016.
He was a reserved man and content being home watching marathons of old
classic shows like the Honeymooners.  John enjoyed listening to jazz, assembling model ships, doll houses, and working on jigsaw puzzles.  He was a collector of all kinds of black art and swords. 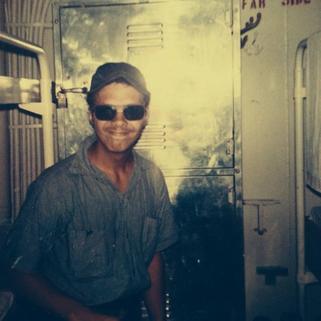 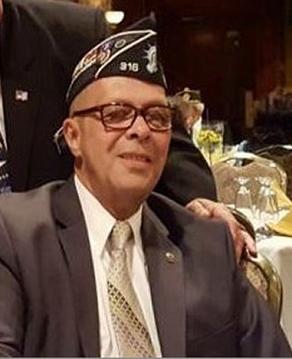 Donald Patrick O'Hanlon Retired systems analyst, had long career as USMC Reservist Donald Patrick O'Hanlon was raised on Vinegar Hill and later lived in Fordham the Bronx and Staten Island, New York. He died peacefully at home in Sarasota, Florida on April 25, 2021. He started his career as a teller for Manufacturer Hanover Trust Co. and worked his way up to being a systems analyst for JP Morgan Chase Bank when he retired after over 30 years. In addition, he gave 3 decades of service to our country as a Marine Corps Reservist earning the 9th and highest rank of Master Gunnery Sergeant. Donald was active and made friends easily. He was an avid bowler, collected Toys for Tots at Christmastime, and served as an unofficial ambassador for Oakwood Manor, where he enjoyed serving coffee to his friends almost daily. He was predeceased by his parents Thomas and Alice (O'Hagan) O'Hanlon and siblings Thomas, Kathleen, and Alice; and leaves his devoted longtime partner, Helen Bonner; four daughters from former marriages: Laura, Karen, Denise, and Kathleen; nephews and nieces, including Alice Casey and Patricia Walsh, who were like sisters to him; four grandchildren; and many friends. A military burial has been scheduled for June 29, 2021, at 1pm, at the Sarasota National Cemetery and a separate celebration of life will be held later this year. FMI: semperfidelismarine1207@gmail.com Semper Fi, Marine! 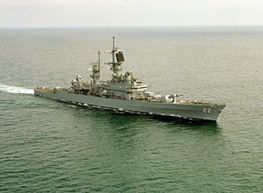 Alphonse D. Iannacone 73 of Monroe Twp, NJ passed away on Monday February 15, 2021   at  St. Peter's University Hospital in New Brunswick.  Al was born in Brooklyn, NY to   Alphonse and Frances Iannacone and later moved to Staten Island, NY before eventually       settling in Monroe Twp, NJ in 1996.

Al attended Aviation High School in Queens, NY and attended The College of Staten Island.   Al was a patriot who was proud to have served his country in Vietnam as well as serving 33   years in the Army National Guard.  He was activated numerous times during his service   with the National Guard including Operation Desert Storm and well as in the recovery effort   following 9/11.

After returning from Vietnam he joined the New York City Transit Police Department and   upon retirement he worked at Home Depot in Milltown for 21 years.  Married 52 years to   his  high school sweetheart, Rosemary with whom they raised two sons Brian and Craig,   family was the most important focus of his life.  Al loved coaching his sons sports teams and volunteering with the Scouts.  Most recently, he enjoyed family vacations, especially with his grandsons.  Al was a parishioner of St. James the Less RC Church in Jamesburg where he was an active member of the Knights of Columbus.  He was dedicated to family, God and Country.  Al had a great sense of humor, was a good friend to many, was always willing to lend a helping hand and his home was always open for friends and family to come and gather.

Al is survived by his wife, Rosemary, two sons: Brian and his wife Cyde (Jackie) and Craig and his wife Gabriela, three grandsons: Liam, Nico and Colton, two sisters: Marilyn and her husband Joseph and Carole and her husband Henry and one brother, Dennis and his wife Karen.  Also surviving are many beloved nieces and nephews.

​Sons of the Legion Member

47 of Saratoga Springs, formerly of Eltingville, passed away on Thursday, March 24, 2022.

He was a graduate of Tottenville High School. Vincent was the proud Owner and Operator of his tech business, TechMonkey that he began four years ago. He specialized in Microsoft applications and was a certified engineer for Microsoft.

Vincent was the cherished son of Carmine and Joanne Vacirca. Loving father to Kalista. Dear brother to Michael and Janine Raimondo (Jake). Doting and loving uncle to Charlotte and Julianna. He was a dear Cousin to many, especially his cousins Laura and Allison.

Frank served his Country Honorably, achieving the rank of Private   1st  Class. He then joined the New York City Police Department,   where  he served for many years. He retired from the 68th Precinct in 1974.

Frank was a big movie buff - one of his favorite movies was Chicago   The Musical. He would also often attend Broadway plays and   concerts  with his daughter, Michele, where they have most recently   seen Cher, Tony Bennett, Diana Ross and Moulin Rouge. Afterwards,   they would go out for a great steak dinner. Frank always enjoyed a   good glass of red wine, scotch or a stiff martini. He always toasted to   health and happiness.

In his earlier years, he enjoyed riding motorcycles and scooters. He   was passionate about raising his homing pigeons and he was an avid   NY Yankee fan. Frank loved music and singing, especially the tunes   of Frank Sinatra, Louis Prima, and Barry White

He was the beloved husband to the late, Michele, who passed away   in 2001 and a loving father to Michele Gissi. Frank is also survived by    2 sons and 3 grandchildren.

Frank adored spending time with his furry grand pups, Dobby,   Lucky, and Teddy who always made him laugh and kept him smiling.

Frank was a member of the kells-Grennie Post 316 for 39 years. 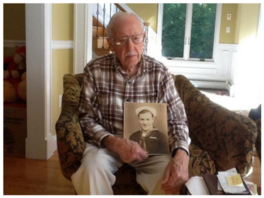 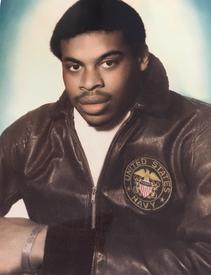 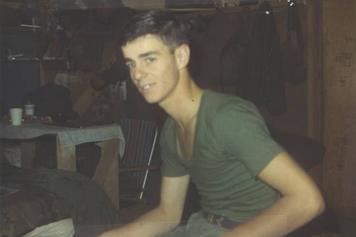 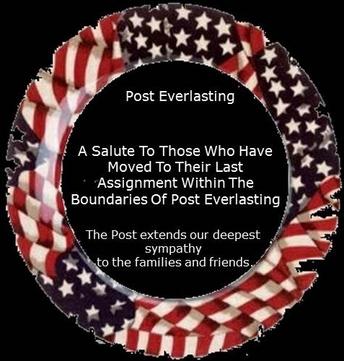 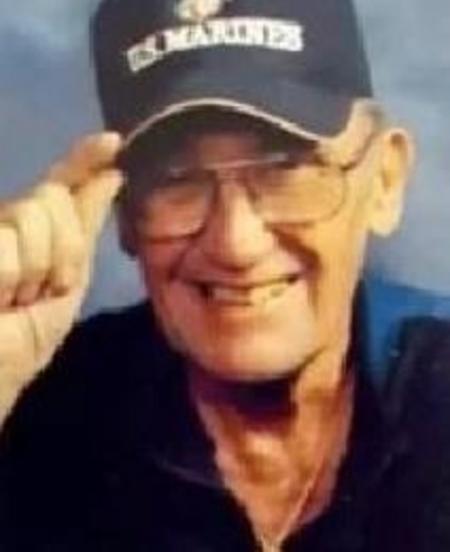 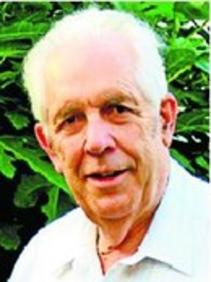 Served in the United States Navy during the Vietnam War

He served in the US Navy

He was awarded the

Joe also served as a County Vice Commander for a few years and was the Chairman of the Four Chaplains yearly event.

Joe will be missed by his friends of the 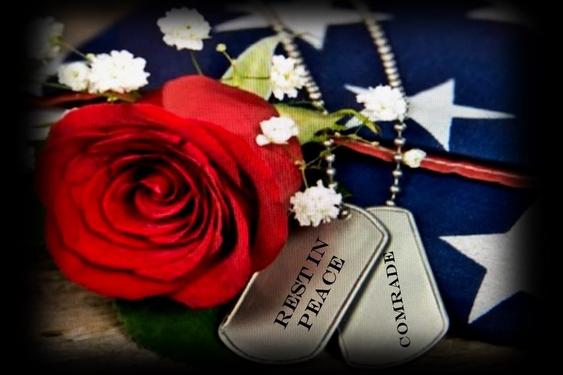 For 28 years, Ed served our country during the Vietnam War 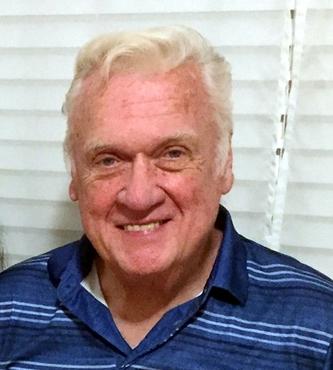 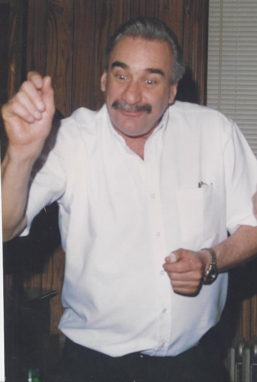 Harold F. Nolan, age 82, of Staten Island, New York passed away on Saturday, October 30, 2021 after a long battle with cancer. His dear friends and family call him Harry or Butch; he was born on September 15, 1939. He’s survived by his daughters: Laura LeFort, Susanne Becker, Cathy Saragih, Donna Hofstetter and his grandchildren: Jessica and Jamie LeFort, Zachary Becker, Brianna and Emmy Saragih, Braden and Jacob Hofstetter. Harry is a veteran of Korean War. He joined the Army at 19 where he served 10 years in active duty and active reserve. While in service, Harry was a also a member of the U.S Army Special Forces Green Beret. No surprise to many, he also held a black belt in Tae Kwon Do. Upon conclusion of his service to this great nation, he served the city of New York as a member of the Fire Department of New York until retirement. His passion to help people led him to 9/11 Rescue & Recovery team where he spent countless hours, days and months helping others once again. Never retired for long, Harry had a great passion for his work and for continue learning. Even after receiving his Ph.D. in Engineering, he continued his learning, a much different field, dancing; specifically, ballroom dancing. He joined a number of organizations combining his joy for travel and the new found love in ballroom dancing. But most of all, he especially cherished his time with family and grandchildren. Harold was amember of the Kells-Grennie American Legion Post 316 for 31 years. RIP 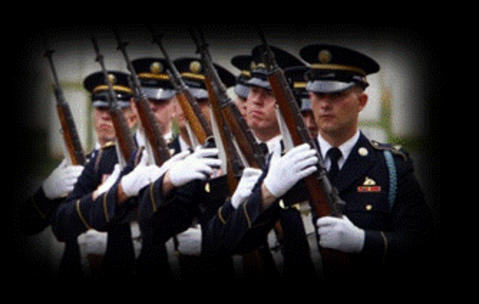