We Served in Vietnam

When the last combat troops left Vietnam On March 29, 1973 after a little more than ten years of fighting 2,7 million troops had   served in country and another 6 million in other capacities during the war. None could self-determine where   they were stationed,     and each deserves our thanks. Those who served in country experienced unique hardships that only  comes with service in a combat  zone, now almost 50 years later only 850,000 of those who served are still estimated to   be alive. These brave men and women that served have no shame, for it was the sins of the nation that held them captive for all these years.

For so many years after our return home for many the battle scars remained, the friends we left behind and then so many were getting sick and dying from the chemicals that our own nation used. They said we lost the war but in the minds of so many we did not lose. We had won every major battle fought in those 10 years. Those that sent us there are  the ones that truly lost the war. It was not until the mid-80’s that the thanks began to surface.

All were called to serve. which every veteran understands and honors. While we recognize all, those who served in country deserve our special appreciation.

We are the Veterans that served in and during the Vietnam War. We were from all walks of life. We were from big cities   and small towns across the nation we were from many different ethnic backgrounds, but we loved and cared about each   other.

Om March 28, 2017 by an act of Congress and signed by President Trump March 29th Vietnam Veterans Day became    known as a   National Day of Remembrance and publicly thanking them with Honor and Dignity and truly recognizing their  sacrifices that they all  deserved.

Mar 28th, 2017
President Trump signed in to law on Tuesday an act of Congress that honors Vietnam veterans with their own day of recognition, per a White House statement.

The Vietnam War Veterans Recognition Act of 2017 designates every March 29 as National Vietnam War Veterans Day and calls for the U.S. flag to be flown that day to honor those who served in Vietnam. The bill was co-sponsored by Sen. Pat Toomey (R-PA) and Sen. Joe Donnelly (D-IN). The bill passed the Senate last month and cleared the House last week. 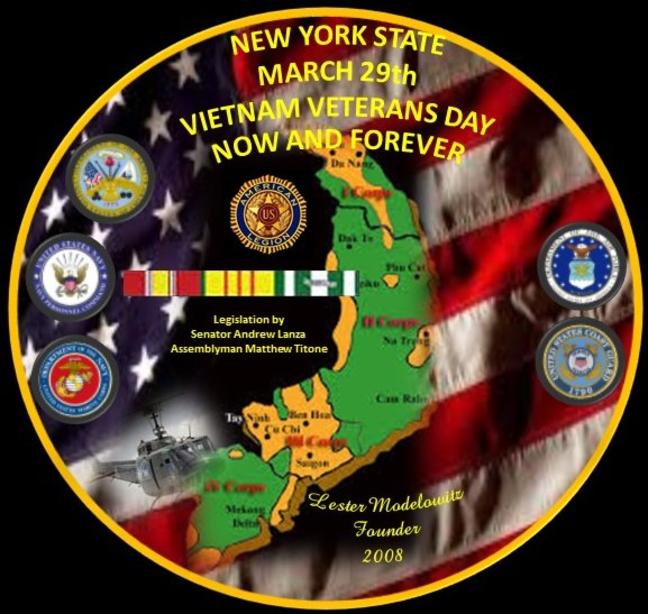 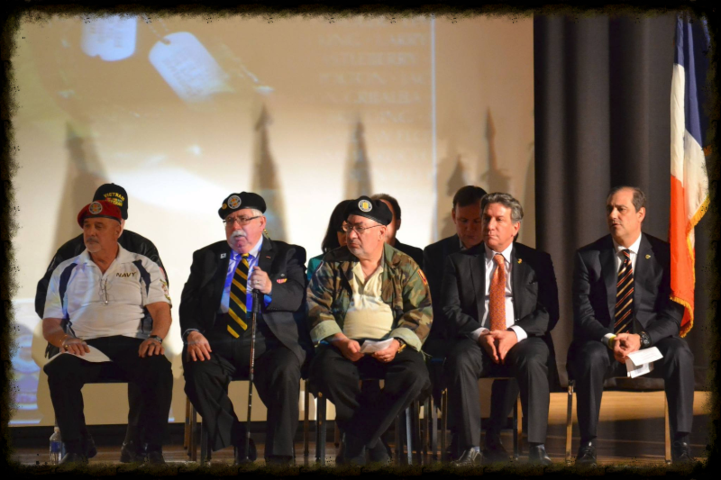 I know I should have written much sooner.
I can’t say why I did not; Out of fear of admitting to myself, you were there, fighting a war. Or maybe ashamed. Ashamed that I never accepted the things you felt you had to do.
Whatever it is, I know how it must hurt.
Believe me when I say it hurts me more. I have the burden of your hurt plus that of my own. The pain of not being able to show my true feeling towards you.
I am not writing this for the month’s you served in Vietnam, but for the many years you were left alone with only your brother Veterans. You served proudly and it went unmentioned.
For a long time I wanted to express the words. The words an honorable Veteran needs to hear.
For a long time I wanted to hold you during your times of pain.
God knows I wanted to.
And only he knows why I never found the courage. I do not remember what I use to say; maybe I do not want to remember.
All I know is I hope it is not too late to give those thing now.
For years you tried to be part of my world, doing everything to please me, just to be noticed and given a little time and understanding.
I look back and see the demands on your shoulders when you were young. Fight your weakness, and always show strength to others around you.
Who was I to make such a demand?
I sit here with tears in my heart; finally admitting to myself the one weakness you must have seen in me and never questioned.
My inability to say the words that I know would have meant so much to you.

You Served You Country Honorably.

Please hear these words now, from my heart. Please give me a chance to be part of your world now. The world I should have been part of long ago.

​" I stood in the gap, I walked in the fire, I did not run, I did not hide, I did not dodge, I did not evade.Consequently . . . I have nothing to prove, no one to convince. Those who matter already know. Those who don’t, never will.”

Cousin Brucie's show from November 29, 1967 UNEDITED! That means that approximately 40 minutes of his show from that night are included complete with full length songs and commercials.

This is exactly what you would have heard had you been listening that night. This is a great aircheck to get the feel of WABC at this time; from the reverb to the jingles and the music, this is what it sounded like.

It's a "time capsule". As you listen to the songs and Bruce you also get a feel for the mood of the country in November of 1967. Close your eyes and listen to it all the way through. Imagine yourself as a teenager in 1967 lying in bed with your transistor radio tuned to WABC. Or, imagine yourself as a GI in Vietnam hearing this. This aircheck was sent to the soldiers in Vietnam over the Christmas Holidays in 1967

​In September of 2007 Senator Andrew Lanza and Assembltman Matthew Titone introduced a bill to have March 29th officially known as Vietnam Veterans Day. In March of 2008 this bill was passed and in May 2008 New York State Governor David Patterson signed it and made official in New York State.

In 2009 the day was officially celebrated in Staten Island, NY where it all began

In early September of  1967 while serving in Vietnam I had written to every local radio station In New York to see if they could possibly send a tape of a broadcast for the soldiers to listen to. A few weeks later I received a letter from WABC Music Radio and they informed me that shortly a reel to reel tape would be sent. In November five copies of the tape were sent to me. When they arrived I gave copies to other units that were in our area.

The original broadcast was recorded on November 29, 1967

In Mid December of 1967 the tapes arrived

Below is a copy of that broadcast. Please take the time and enjoy it now as we did so many years ago.

Many thanks to Cousin Bruce Morrow, ( known to many as Cousin Brucie )