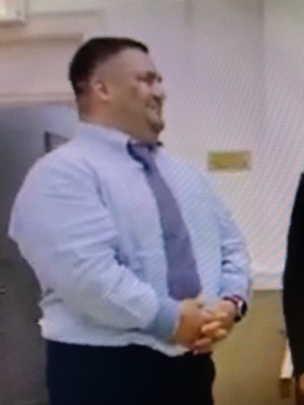 ​Richard McMahon, born and raised in the Rosebank area of Staten Island, aspired to become an Emergency Medical Technician, and follow in his family’s footsteps. After completing EMT school in Spring of 2017, Richard started in Primary Care and went on to fulfill an internship at Richmond University Medical Center and officially began his career as a RUMC EMT in February 2018. Richard was eager to learn and his passion for helping people made him an asset in the Staten Island community. He was able to quickly step in and apply his training to provide aid to those in need of medical attention, while showcasing compassion and support for his patients. EMT McMahon has demonstrated a strong desire to help those in need, both on and off duty, and it is apparent that he is someone who truly loves what he does and is eager to make a difference in his community. On May 18, 2022, EMT Richard McMahon demonstrated to his community and his fellow colleagues how devoted he is to not only helping those in need, but also a true act of heroism in the Staten Island community. McMahon responded to an unknown call on this day McMahon assisted a patient who was in need of help. On the way to the hospital, EMT McMahon was sitting in the back of the ambulance with his patient when the patient pulled a gun on him and shot him in the back of his left shoulder. In an instant, McMahon wrestled the weapon from the man and detained him until further help arrived. McMahon was a true hero that day, and we are forever grateful for his service, his act of bravery and all he has done for his community. We are honored to acknowledge his accomplishments and bravery and honor him tonight

Paramedic Miguel Hernandez during his tenure with Staten Island University Hospital Northwell Health, EMT Hernandez has multiple Cardiac Arrest saves credited to him as well as the many citizens of Staten Island that he has helped and treated throughout his career. While working as a paramedic Miguel still found time to attend nursing school which he had just also started a Small Tech Company called EMS Academic Prep which provides educational content for New York City Paramedics as well as EMT’s and Paramedics that are taking National Registry Emergency Medical Technician exams.
Currently, Paramedic Hernandez is still working on several other mobile applications to streamline the advanced education for the future of healthcare practitioners in the Emergency Medical Service and Nursing field.

​Police Officer Allen has been a board member for Cops and Kids since 2008 where kids go to hone their boxing and academic skills. He regularly mentors’ youth at his fitness center and various schools. Most recently, he spoke with members of a youth gang at his gym in hopes of creating a positive shift in their lives. In 2017, PO Allen traveled to storm-ravaged Puerto Rico where he was able to help distribute 2 tons of food to the citizens of the island. In 2020, he ran a clothing drive at the Staten Island Ferry Terminal, which was able to collect 500 coats and PAIRS OF sneakers. Due to his extraordinary selfless work, we are honored to acknowledge his accomplishments and honor him tonight.

Police Office Ronald Woody experience in School Safety Response Team allowed him to be a fine example to the children he interacts with. Officer Ronald Woody has been very active in the youth community using basketball to provide good experiences with the Police Department. While assigned to the 120th Precinct Officer Ronald Woody took part in the Blue Chips program, I which he was a basketball coach and referee. He was also a basketball coach at the Stapleton Community Center, and with the Police Athletic League. Police Officer Ronald Woody is a prime example of a First Responder who is incredibly dedicated to the development of youth in the communities he serves. Due to his extraordinary selfless work, we are honored to acknowledge his accomplishments and honor him tonight.

Video and Slideshow at bottom of page

​Paramedic Carmen Rosas has been with the FDNY since 2011. She was assigned to Sunset Park Station and worked serving the community for five years. She was reassigned to the Rossville Station in 2016. She resides in the Westerleigh section of Staten Island. She is a member of the US Air Force, mother, and grandmother.

​ Paramedic Brian McIntyre  joined FDNY, following in his father's footsteps who has served the department for 26 years. He has been with the FDNY since 2015. He began his career in Rossville Station and was accepted to the Paramedic program at the FDNY Academy in 2017. After completing the program, he was assigned to Lower East Side of Manhattan which he served the community of Manhattan. He returned to Rossville Station this year. He resides in the New Dorp section of Staten Island. 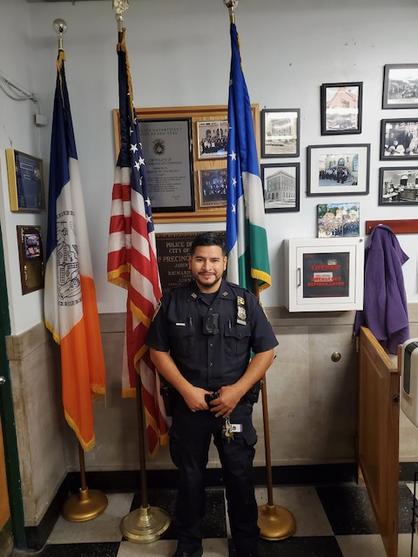 Prior to becoming a police officer, Tommaso Frasca attended high school at Saint Joseph by the Sea on Staten Island. This would be where he would go on to discover his great regard for giving back to the community. During this time, he took part in numerous food drives, toy collections and clothing drives as a member of the Holy Name Society. He would later attend Long Island University where he was a very accomplished soccer player. While attending college, a childhood friend approached him about getting involved with a program called Humble Heroes. Humble Heroes is a group of committed volunteers that strive to lift the spirits of ill and grieving children by dressing as superheroes while visiting local hospitals and grief centers. He instantly accepted the invitation and began to work with the program in 2012. Throughout his work with Humble Heroes, Officer Frasca has visited children at more hospitals and care centers including but not limited to St Peters Children's Hospital, Cohens Children's Hospital and New York Presbyterian. In April of 2017, Officer Frasca would prove once more how committed he was to serve his community by becoming a New York City Police Officer. Officer Frasca is currently assigned as a Neighborhood Coordination Officer, where he frequently works directly with the community to resolve any issues that may arise within his specific sector. Due to his extraordinary selfless work, we are honored to acknowledge his accomplishments and honor him tonight. 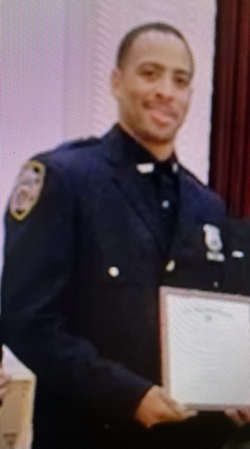 On September 15,2022 23D2 EMT’s Michael Grova and Jessica Mancino, along with 23Y2 Paramedics Brian Mcintyre and Carmen Rosa responded to a call that no EMS worker wants to go to., an incident involving one of their own. EMT Ashly Diaz from Station 43 was off duty and getting into her private vehicle, when she was violently struck by another vehicle. Within minutes, NYPD and EMS were on the scene and even in Ashley’s critically injured state, she was able to direct a NYPD officer on the usage of a tourniquet. When 23D2 and 23Y2 arrived on the scene they took over patient care for Ashly making several critical decisions, including the addition of a second tourniquet which saved her life. Ashley, unrecognizable due to facial trauma, was able to recognize her former partner from Station 43, EMT Grova. Paramedics Mcintyre and Rosas arrived on the Scene and provided further lifesaving interventions. Because of their impeccable training and swift interventions, EMT Diaz will recover from her numerous injuries, and raise her young son. We are honored to acknowledge their accomplishments and honor them tonight. 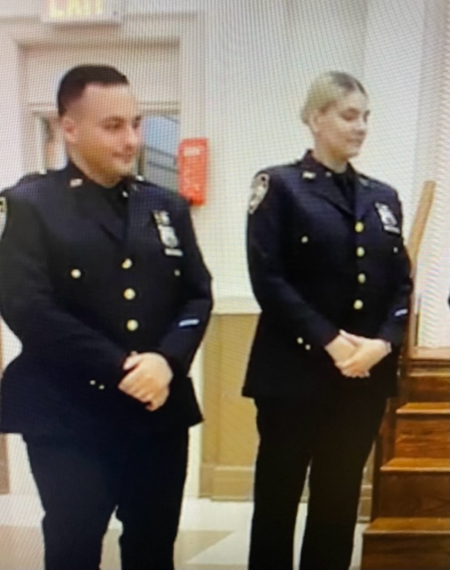 On September 18,2022 at approximately 1233 hours, Police Officers Angelone and Rusch were working as Sector At when responding to a 10·13 of an MOS struck by a vehicle with critical injuries.

Upon arriving at the scene, they found a female, known to the department, on the ground with a critical injury to her right leg which was bleeding profusely.

The victim's femoral artery had been compromised. Due to the amount of blood loss, any movement to the victim's leg could have ended her life. Officer Rusch immediately retrieved a tourniquet, which she then gave to Officer Angelone. With the help of accompanying officers, who held the victim's leg. Officer Angelone was able to apply the tourniquet successfully and appropriately to the victim's right leg and stop the bleeding. Follow-up with Staten Island University Hospital-North medical personnel revealed that the officers’ actions did in fact prevent the victim's demise. Due to their extraordinary selfless work, we are honored to acknowledge their accomplishments and honor them tonight​ 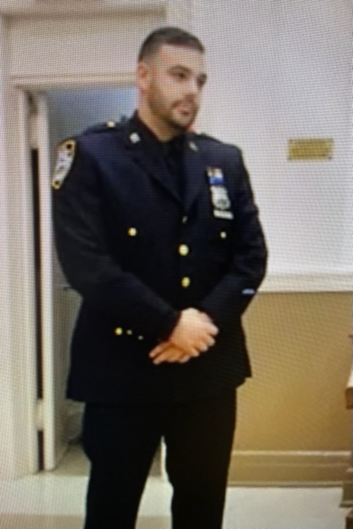 EMT Jessica Mancino joined FDNY in 2018.  She is assigned to Rossville Station and resides in the Arden Heights section of Staten Island and is the mother of 2 children.

​Paramedic Carmen Rosas #4963 has been with the FDNY since 2011. She was assigned to Sunset Park Station and worked serving the community for five years. She was reassigned to the Rossville Station in 2016. She resides in the Westerleigh section of Staten Island. She is a member of the US Air Force, mother, and grandmother.  ​ 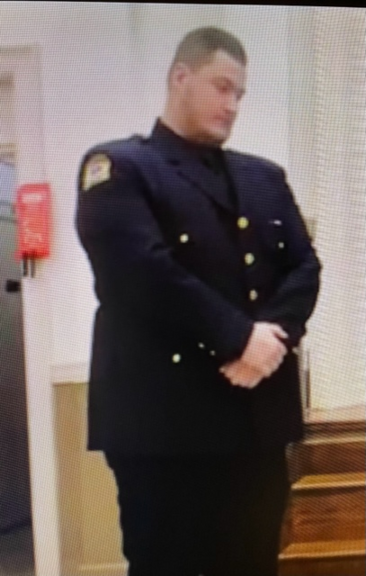 On Friday October I", 2021 Police Officer Gabriel Cuadros, while off duty, was travelling westbound on the Verrazano Bridge at approximately 1230, when the traffic flow came to a stop. Officer Cuadros then noticed a man running through the traffic on foot. The man was clearly emotionally disturbed and was loudly exclaiming that he wanted to die and was going to throw himself off of the bridge. Officer Cuadros then got out of his car and chased the emotional disturbed person on foot, tackling him to the ground. Officer Cuadros safely maintained control of this person while a bystander called 911. Tri-Borough Transit Authority eventually arrived on scene, giving Officer Cuadros handcuffs to aid in controlling the emotionally disturbed man. A unit eventually arrived to transport the man to the hospital. Officer Cuadros' quick actions and bravery saved the man’s life, honoring his oath even while even off duty.

Officer Cuadros is currently assigned to the Public Safety team. He has 7 years on the job and has been the recipient of the 123rd Precinct Cop of the Month award five times. as well as 12 Excellent Police Duty and four Meritorious Police Duty Awards