Following the end of WW II

the name Richard A. Kells

The Edmund Kells - Richard A. Grennie

as the official name

A little bit of historic memories of the Kells – Grennie Post 316 added by former member of the Sons of the Legion and as a thirty year past Post member by Jim Procopio.

Jim was born and raised in the New Dorp section of Staten Island. And his father Andy Procopio, whose picture appears several times in the photos on the post web-site, was a life time member of the American Legion, a member of KG for 55 years. He served as post commander several times during the 1950’s, county vice commander, and post house chairman for 44 years. He was also a member of the 40&8. My Uncle Eddie Procopio, was a member of for over 50 years and I am a 30-year member. Hardly a weekend passed by when I was growing up that either me or my brothers did not spend time at the Post helping our dad set up and clean up after parties. In fact, our father spent so much time up the Post, as it was known in our family, that it prompted our mother to suggest on more than one occasion that he move his bed up there!

Looking at the pictures on the web site brought back fond memories of dad’s friends, fellow Legionnaires who became family friends!
Myself and my brothers and sisters can remember Post happenings going back to 1949, My first recollection of being up at the Post at least through the 60’s. My brother Ray was the 1962 Boy’s State representative for the Post.

My first recollection of the Post was around the year 1949 when I was 7 years old. There had been a party there the night before and the place was a mess. I swept it up.

Back in those days the Post membership was in transition from the WW I veterans who started it to the WWII and Korean Veterans who supplanted them. I remember two WW I members, Leo\Balbach and Frank Rooney, founders of the Post who were still active members. For the most part most of the new members were first generation Americans, their parents having immigrated from Europe earlier in the century most from Italy. They were mainly blue collar. Several worked for the Sanitation Department, my father was a truck driver! I knew of only one who went to college and law school and he of course advised them on legal matters. The Post became the center of their social life. There were often dances and parties there. They celebrated St. Patrick’s Day with a corn beef and cabbage dinner which always mystified me since most of them were Italian! They did of course have their Italian night. Many of these functions were used to raise money to support the Post.

Another way of raising money was rental of the Post for parties, weddings etc. The Post did not have a liquor license but that did not deter them from opening the bar and serving liquor by the drink during these parties. My father was the bartender and since he did not have any training in mixing drinks his repertoire of drinks was limited to “high balls.” Nonetheless this generated money for the Post. At one time a church, now located in Oakwood, held their Sunday morning services at the Post.

During the Summers in the 1950’s the Post ran an annual bazaar/carnival. They teamed up with a carnival owner, his name was Jack Martin. He supplied the tents and equipment and Post supplied the manpower to run the week-long show. They split the profits 50/50. They set up for several years in a vacant lot on New Dorp Lane opposite what is now New Dorp High School.  Later they moved the operation to a vacant lot on Hylan Blvd. which is now the location of ShopRite. The carnival/bazaar ran for a week and had several gaming booths one of which involved picking the correct number from a spinning wheel. Because of this, the first visitors to the bazaar before it opened were a contingent of New York’s finest from the 122nd precinct, there to receive the precinct’s commanders cut to allow gambling!

It was during this that I was first introduced to money laundering! One year the post members decided to rent a hot dog cart and sell hot dogs and soda at the bazaar. Martin was not in on the 50/50 split of the profits from the cart. I and a friend ran it and we sold a lot of hot dogs and soda! But the guys running the gambling booth figured out a simple way to launder the money from the booth and cheat Martin out of his share. They would come to the hot dog stand and order a hot dog. When they went to pay for it they would pay me with a couple of rolls of quarters, money from the gambling booth! I don’t know how much money I laundered that week!

During the 1950’s Post membership was about 250. However maybe 20-30 were active members. If you came to more than 3 meetings in a row, they made you the commander. The nucleus of this group was a smaller group of about 10 who were the most active of the Post at that time. In addition to my father there was Lou Somma, Lou Caputzal, Joe Pietrangelo, Joe Smith, Joe Miller, Ray Swanson. They ran the Post through the 50’s, 60’s and into the 70’s. Each served as Post Commander, some multiple times. If there was any activity going on at the Post during this time these guys were involved. They were my father’s closest friends. Every Memorial Day they would have an honor guard and lay a wreath at the war memorial on the corner of New Dorp lane and Ninth Street a scant 100 feet from our house at 22 Ninth. After this ceremony they would go to Moravian Cemetery and put flags on the graves of all the veterans. And of course, there was the Post picnic held every summer behind the Post. In those days there was only a large field at the back which ran down to the rail road tracks and all the way to Arc Place.

Sometime in the 50’s they moved the bar from the front room where you come in, down to the basement. They had a member who was an artist, so he painted the cinder block wall in the basement so that it looked like you were sitting at a bar on a tropical island and when you looked out you saw a beautiful beach surrounded by palm trees, a tropical paradise in the Pacific where some of these guys had fought a few years before! It was very impressive, and guests and visitors used to marvel at how realistic it looked!

Sadly, in the late 70’s and into the 80’s this group began to die off, some it seemed way to early. They had survived the great war, but they lost the battle to nicotine. Some were life time long smokers and died of smoking related cancers. My father lamented to me, when he was in his 70’s that all his friends were gone. I reminded him that they were lifelong smokers and died from smoking related cancers. I told him that since he didn’t smoke, he was rewarded with a longer life even though he would spend it without his friends.

My father loved the American Legion. He loved the friendship, camaraderie, patriotism. He lost a brother in the war and I’m sure that this was one way that he honored him. He was a legionnaire till the day he died, and I know that he would have be honored could he have seen the American Legion honor guard at his funeral!

My story of Kells Grennie ends in June 1964 to be precise June 25, 1964. That’s the day I went into the Air Force and left Staten Island. I have not lived there since! I served 5 years in the AF completing 38 combat missions in Vietnam flying a C-141. I joined the FBI as a Special Agent after leaving the Air Force, Retired after 27 ½ years of service in 1997. Live now in Gainesville, GA. 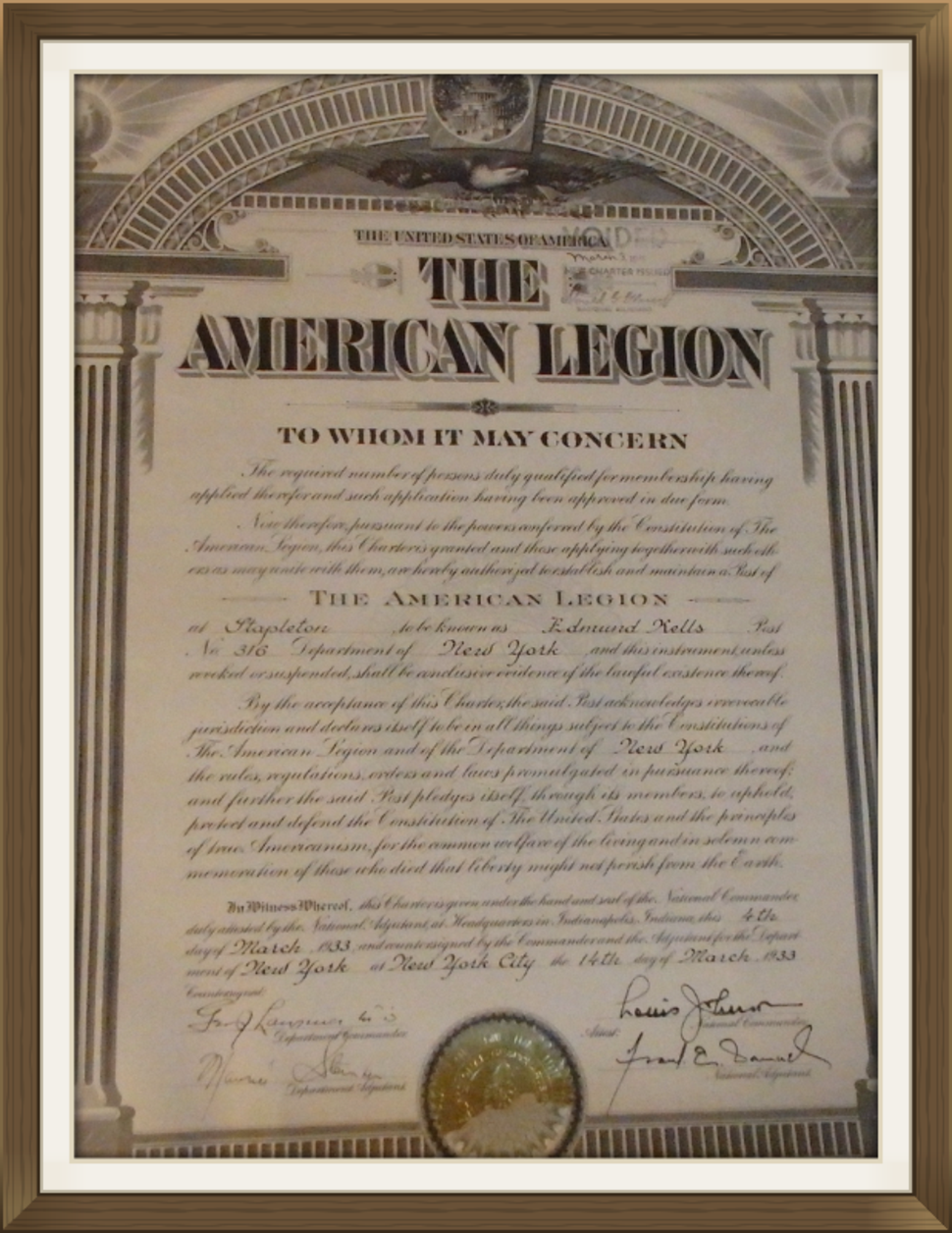 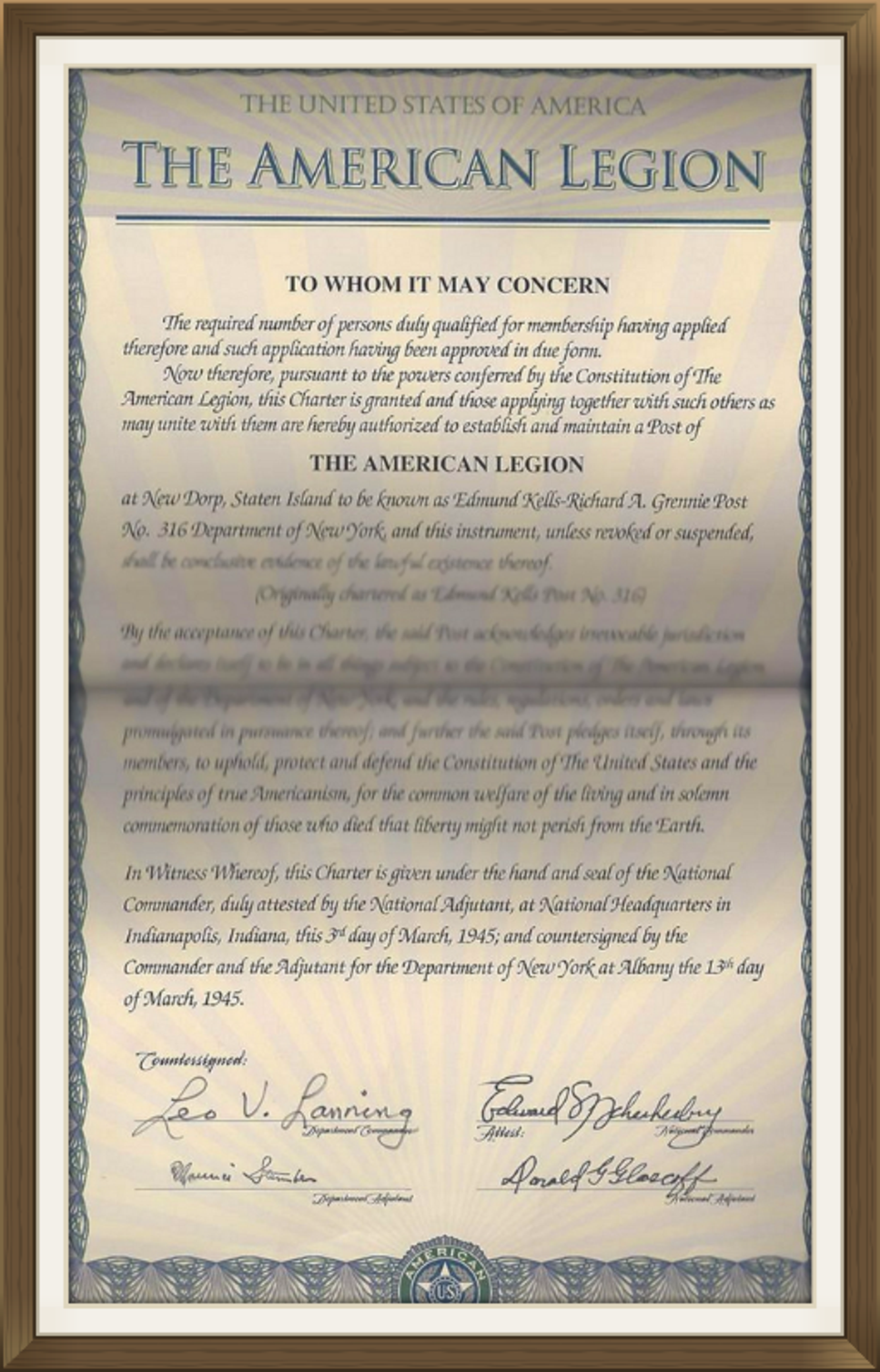 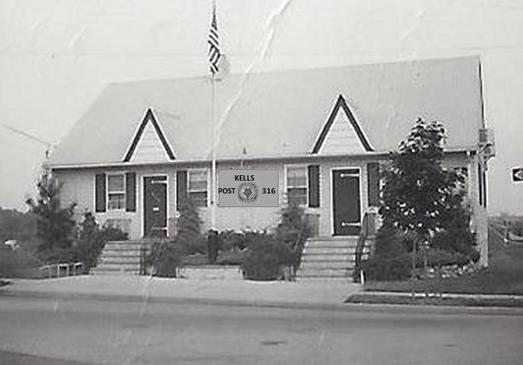 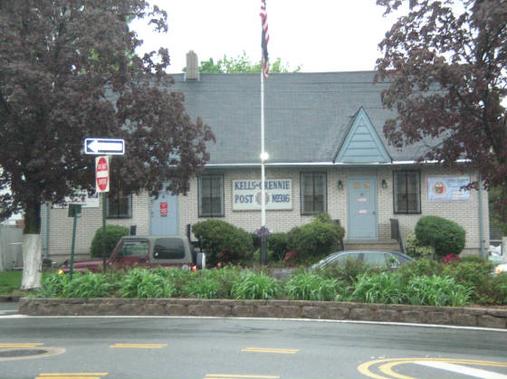 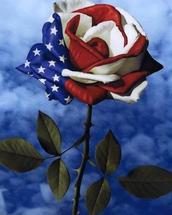 ​own building in the 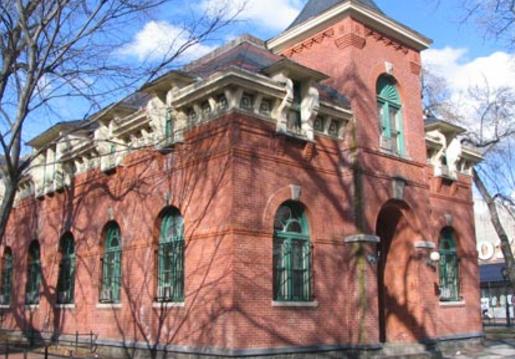 This Post came into existence in 1919 following the end of WW 1  and was named for Edward W. Kells who was killed in WWI.

From 1919 until 1937 the members held there meetings at the Village Hall which was located on Canal Street in Stapleton.

​In 1937 they moved into there meeting hall in Oakwood.

After WW II another names was added to the Post.Richard A. Grennie who killed in WW II. ​Duly approved at a constituted meeting and would now be known as theKells - Grennie Post  316 and was acknowledged at a meeting by the

The First Commander was

will be holding our meetings in this building.Below is a copy of the letter about the sale of the